I. Overview of Honda Philippines

If there is one vehicle brand that most Filipinos are familiar or have at least heard of, that would be Honda Philippines. Even globally, Honda is a very popular brand and, of course, in its home base Japan, it is like a cream above a cupcake, especially since it is a name that has been heard since the 1940s. It has to be noted though that the first production of Honda motorcycle frame and all-purpose diesel engines was in the 1950s, while the first cars or automobiles were introduced in 1962.

After several turns of events and successes in the field, in 1952, Honda started exporting and shipping motorcycles in other countries such as Taiwan. Then, in October 1952, the motorcycle called Dream was exported to the Philippines. Then, in 1959, a subsidiary in the USA has been established, allowing their market and sales to grow further. Following that, more plants and subsidiaries outside Asia and the USA have been built. Honda Motor Company, Ltd. or Honda, as denoted from above, is a Japan-based company that originally specialized in manufacturing and selling motorcycles, power products, and automobiles. In the year 2015, they announced that they started developing engines for aircraft and product orders began in March 2018. However, due to the limitations of this post, Philkotse.com will just focus on Honda’s cars.

From the overview of the company’s history, it can be denoted that its success was somewhat faster than other similar companies. In total, and as per data released by Honda, as of the end of March 2018, it has a total capital of 86 billion yen. Similarly, for its total gross sales for the same period, it is more than 15 billion yen, and 70.6% of which is from automobile or car sales. To be exact, that is a total of 5.29 million automobiles! As of writing, Honda has 440 companies under its name, 368 of which are subsidiaries and the rest are affiliates. Apart from Japan, they are located in Europe, Asia, the Americas, Africa, and the Middle East. As per Honda’s production and assembly plants, they are distributed in Japan, Belgium, Brazil, Canada, China, India, Indonesia, Mexico, Pakistan, Philippines, Thailand, Turkey, USA, and the United Kingdom.

Honda Cars Philippines, Inc. (HCPI) is a proud member of CAMPI or the Chamber of Automotive Manufacturers of the Philippines. Inc. HCPI has been established in 1990, in partnership with the Ayala Automotive Holdings Corporation and the Rizal Commercial Banking Corporation (RCBC). In the early months of 1992, the assembly plant for Honda cars in the Philippines has been put up and is located in Sta. Rosa, Laguna.

As amongst the earliest players in the automotive industry in the country, Honda cars are some of the most common vehicle brands that you will see around the streets of the country, from Luzon to Mindanao. In fact, it remains in the top 10 list of best-selling car brands as well as highest market share contributors in the country. 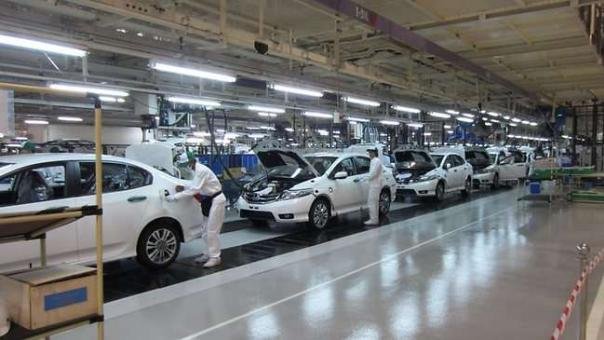 Honda ranked number five as per market share and with a sale of more than 31,000 units

2. Top-Selling Honda Cars in the Philippines

Customers in the country are lucky enough because there is a wide variety of Honda models available, ranging from passenger cars to SUV and MPV to vans. Some of the most common models you’ll see around in the country are the Civic, City, Jazz, and Accord, as well as CRV, BRV, and Odyssey.

Another fortunate thing about Honda is that they have lived up to their promise to provide the locals with affordable vehicles because when you look at the Honda Philippines price list, the range will be from about 600,000 to two million pesos, which is somewhat lower than other popular brands.

That said, let us look at two of the best-selling units in the country.

This five-seater passenger car that has a 536-liter capacity trunk or luggage area has never failed to be tagged as the number one selling Honda car model in the country. It is currently available in six different colors such as lunar silver metallic, ruby red pearl, and taffeta white.

The Honda City 2018 is loaded with 1.5L i-VTEC engine that has passed the Euro-4 standards. Although this has been designed to be fuel efficient, its VX and VX+ variants plus CVT equipped ones have an ECON mode that further reduces fuel consumption. 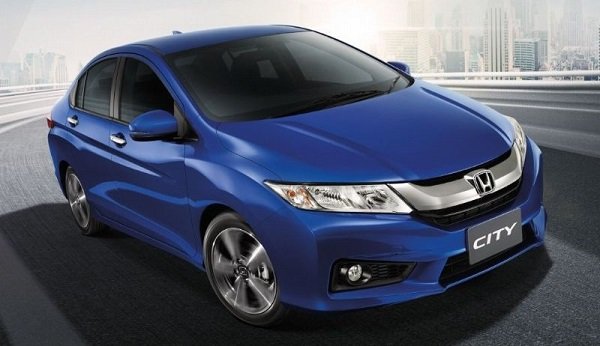 As the second best-selling Honda models in the country, the BRV is a seven-seater SUV that has a trunk capacity of about 223 liters, when all seats are occupied. This is also loaded with a 1.5L, fuel-efficient i-VTEC engine.

Similarly, it is available in six colors such as white orchid pearl and lunar silver metallic, particularly a 2018 limited edition is up for grabs.

Your favorite Honda model is not in the list? No worries, because in-depth reviews for most sought-after Honda cars can be found in our Honda review section. Check it out yourself! 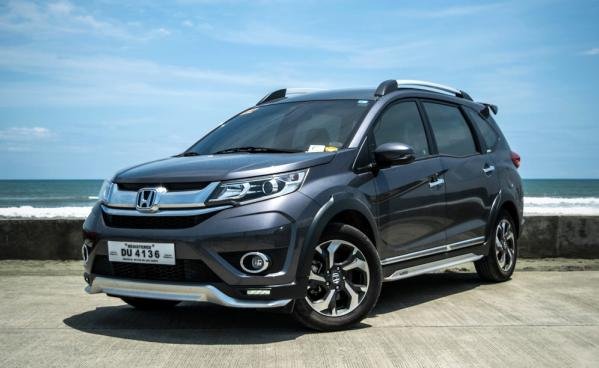 Individuals who are looking for Honda cars would be glad to know that the dealers are distributed around the country, and they are continuing to grow. In NCR, there are currently 13 dealers, in Luzon, there are 16, while in the Visayas there are four and in Mindanao, there are three.

So in total, there are 36 Honda dealerships in the Philippines, surely serving customers with excellent service.

With the endless car models offered by Honda Philippines, you will surely find what you are looking for. To add more, their units come at a price in the low and mid-range, so there is something for everyone.

That being said, the quality of the units is not compromised simply because they have been in the industry for years and having an assembly plant in the country is a bonus. Further, all Honda cars for sale in the Philippines are loaded with modern technology for safety and comfort as well as fuel efficiency and eco-friendliness. 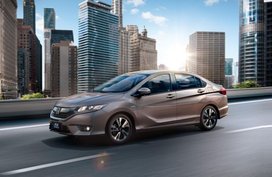 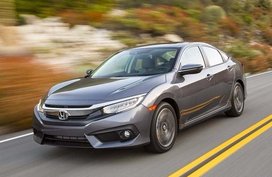 View all Honda cars for sale