Updated Aug 20, 2020
With similar pricing, which hybrid has better specs?

As a whole, the car industry has been trying to make major moves from traditional combustion engines to electric power. To bridge the gap between those two very different paradigms, many have turned to use hybrid drivetrains.

Now there are two ways manufacturers have gone about this. One is to develop entirely new models like the Hyundai Ioniq Hybrid or to “electrify” an existing model such as the case with the Toyota Corolla Altis Hybrid.

Here in the Philippines, these two competing models are two of the most recognizable. They’re available here in the country, and their price tags are actually within reach for many Pinoys.

So which is better on paper? Let’s find out with this spec-sheet comparison. Despite being longer, the wheelbase of the Toyota Corolla Altis hybrid is actually just the same length as the Ioniq. Also, the differences in these sedans widths and heights only range from 40mm to 5mm respectively. So overall, the differences in dimensions in negligible. When it comes to styling, the Corolla Altis Hybrid has little variances compared to its combustion only versions, apart from some blue pieces that signify it as a hybrid. As such, it has the same sleek and modern Corolla Altis look. 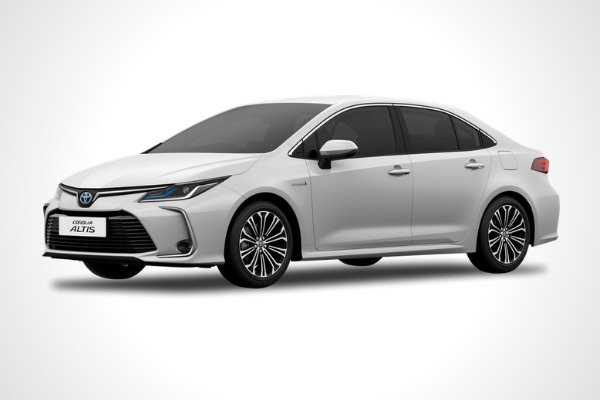 Both the Corolla Altis Hybrid and the Ioniq have sleek, graceful looking side profiles.

On the other side of the coin, the Ioniq, while not explicitly based on an existing combustion-only Hyundai model, actually bears a lot of resemblance to other Hyundai made sedans like the current Accent, as well as the current Hyundai Hyundai Elantra.

In terms of exterior equipment, both the Ioniq and the Corolla Altis Hybrid are equipped with LED daytime running lights, aluminum 17-inch wheels, LED combination tail-lamps, and power-folding mirrors.

The Toyota hybrid however is much more advanced with its bi-beam LED headlights with Follow Me Home function, automatic light controls, and rain-sensing wipers.

When it comes to interior amenities, both the Ioniq and the Corolla Altis Hybrid are both well equipped to keep their five occupants comfortable. Both come with a push to start buttons, both have leather-clad seats, keyless entry, tilt and telescopic steering columns, automatic air-conditioning systems, power-adjustable driver seats, and both are equipped with cruise control. The interior of the Hyundai Ioniq Hybrid.

Do note though that like the exterior comparison, Toyota has more toys. For starters, the Ioniq only has a manual foot handbrake, while the Toyota made hybrid has an electronic parking brake. Other features that the Toyota hybrid has that the Ioniq doesn’t is an auto-dimming rearview mirror, and lumbar support for the driver’s seat, although it has a sunroof which the Toyota doesn’t come with. The interior of the Toyota Corolla Altis Hybrid

While the Corolla Altis Hybrid’s infotainment is a larger seven inch-touchscreen, the Ioniq’s five-inch screen is also capable of playing the radio, playing CDs, and it can also connect via Bluetooth, Aux, and USB. Note however that the Hyundai hybrid sedan has Apple CarPlay and Android Auto, while the Toyota hybrid comes with T-Link smartphone mirroring that’s compatible with both iOS and Android.

In terms of output, the Ioniq inline-4 that’s paired with a permanent magnet synchronous motor (PMSM) makes more at 139 horsepower and 264 Nm of torque. The said motor is paired to a six-speed dual-clutch transmission, and power is sent to the front.

The Toyota Corolla Altis Hybrid inline-4 that’s paired with an electric motor on the other hand makes a total of 121 horsepower and 207 Nm of torque. Power is sent to the front of the Toyota via a continuously variable transmission.

Another difference between the two is that the Toyota Corolla Hybrid uses a nickel-metal hydride type battery, while the Ioniq uses lithium-ion batteries. Lithium-ion batteries are much more expensive than nickel-type batteries, but at the same time, the former is also much heavier. In terms of holding power though, both can hold a similar amount.

When it comes to suspension components, both sedans use a MacPherson strut-type front suspension. The Toyota hybrid however uses a double-wishbone for its rear, while the Hyundai made hybrid has a multi-link type.

In terms of safety, the Toyota Corolla and the Hyundai Ioniq Hybrid are both well equipped with their dual front airbags, side airbags, curtain airbags, rear parking camera, and anti-lock braking with electronic brake distribution.

The Toyota hybrid however does have more in the form of a knee airbag for the driver, a lane departure warning system, blind-spot detection, front parking sensors, and hill-start assist.

To make this short, we can say that if you’re concerned about maximum usability and wealth of features, then go for the Toyota Corolla Altis Hybrid.

However, if you want more power, and if for some reason, you don’t like CVTs, then you can go for the Hyundai Ioniq Hybrid. Note also that the Hyundai Ioniq is slightly more affordable than the Corolla Altis Hybrid, although it is more powerful and it uses a more advanced battery pack. 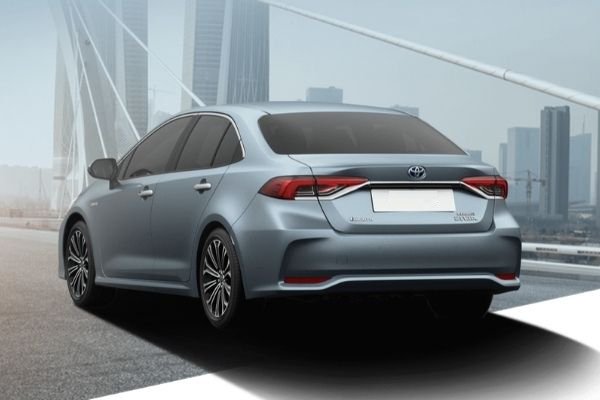 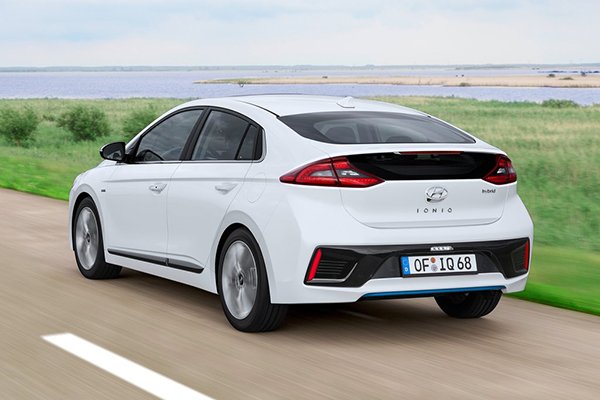 When it comes to the variety of variants, however, the Corolla Altis has several non-hybrid variants priced at a much wider spread. The Toyota Corolla Altis even has two manual variants.

This isn’t surprising because as we’ve said in the introduction, the Corolla Altis started out as a traditional combustion-only vehicle. This is a total opposite of the Hyundai Ioniq Hybrid which is a purpose-built platform for hybrid and fully-electric mobility.

For more comparison articles like this, keep reading here on Philktose.com.