Which variant of the Toyota Hiace should you buy? [Philkotse Guide]

Jul 03, 2020 | Same topic: Which Car Variant to Buy?
Read this to learn the differences between the Hiace variants

Now in its sixth-generation, the Toyota Hiace has always been a stable of the Philippine automotive market. From its first ever version launched in 1967 to the current one, it has always been the vehicle of choice for Filipino families, business people, and transportation providers. The van model has become a popular vehicle in the local market, which prompted Toyota to hold the global debut of the all-new Hiace in the Philippines last 2019.

Now the Hiace or the Grandia has a lot of variants, each of which belong to four main trim levels. The Commuter Deluxe, which is the entry level trim, the GL Grandia, the GL Grand Tourer, and the Super Grandia as the model’s top-of-the-line trim. So, which Toyota Hiace should one buy? How are these variants different from each other? Let’s find out. 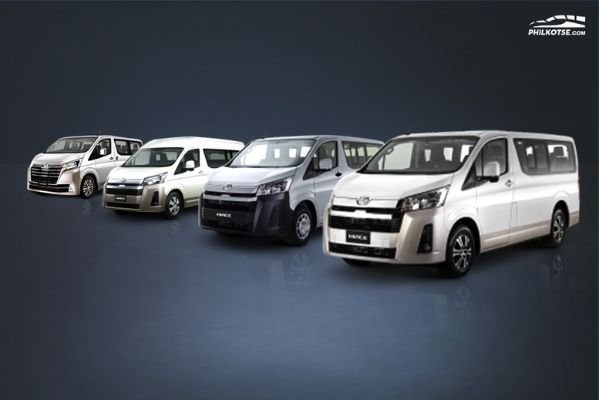 Which Hiace variant is the best for you? Let's find out.

When it comes to exterior styling, the Commuter Deluxe is the simplest, most utilitarian looking. The wheels of the Commuter Deluxe are 16-inch steelies with a hubcap, and it doesn’t have daytime running lamps (DRL). The Commuter Deluxe’s front rear bumper, and door handles are finished in black, while its grille does not have chrome, as well as the absence of the hood moulding present on the GL trims. 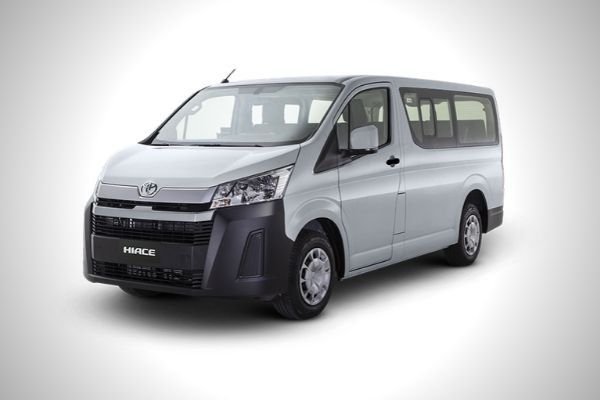 It's simple looking compared to the Super Grandia, buy boy does it look better than the old one

Compare that with the GL Grandia Tourer, and the GL Grandia, which both come with LED DRLs, LED clearance lamps, 16-inch alloy wheels, body colored front and rear bumpers, and a chromed out rear license plate holder. 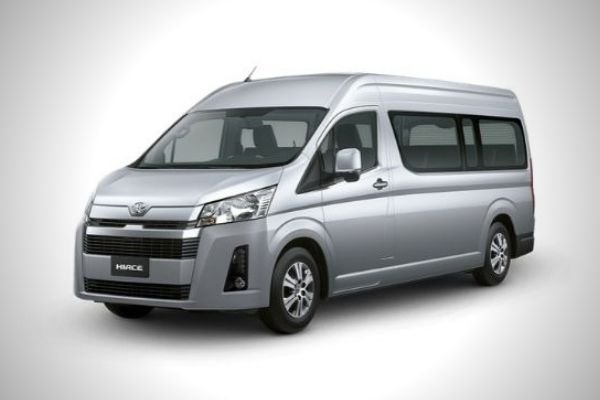 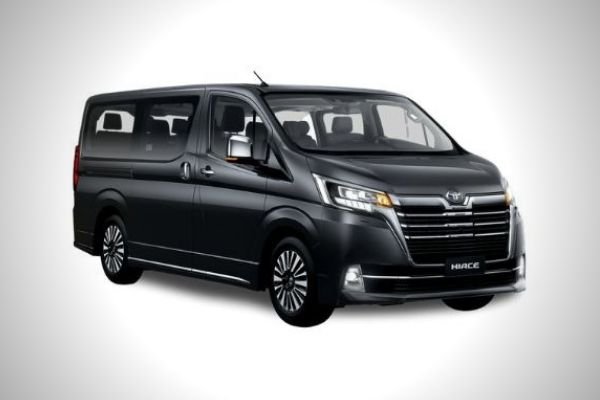 And finally, the Super Grandia, the Hiace that's fit for a king 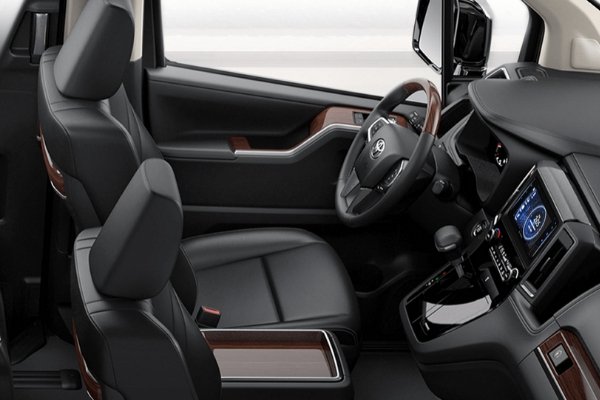 Just look at all those soft touch surfaces.

If what you’re after is seating capacity, then the Commuter Deluxe is your choice as it can carry 15 passengers with its simpler set of bench type seats. These seats however do not have a reclining function. On the GL trim, the second row does have individual recline, but these can fit one less than the Commuter Deluxe.

It also has the best air-conditioning, which is an automatic climate control system. The GL trims has a dual zone manual with a 2-tier rear vent, while the Commuter Deluxe has a far simpler dual-zone manual AC. 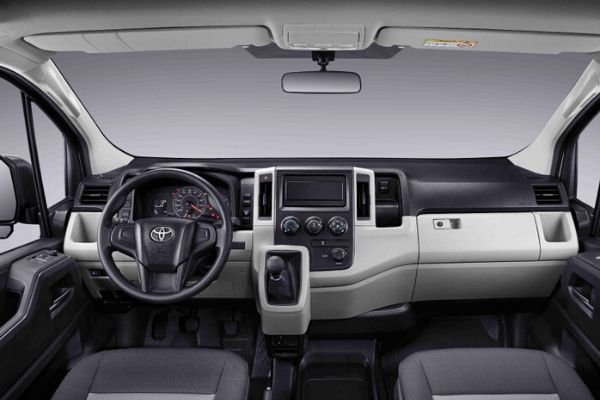 It's simpler looking inside the Commuter Deluxe, but it's still rather comfy looking isn't it?

As for on-board tech, both the GL, and the Super Grandia comes with a display audio system with CD/DVD/MP3 FLAC, and it can also connect via USB, Aux jack, Bluetooth, T-Link, and it also has K2 Technology. 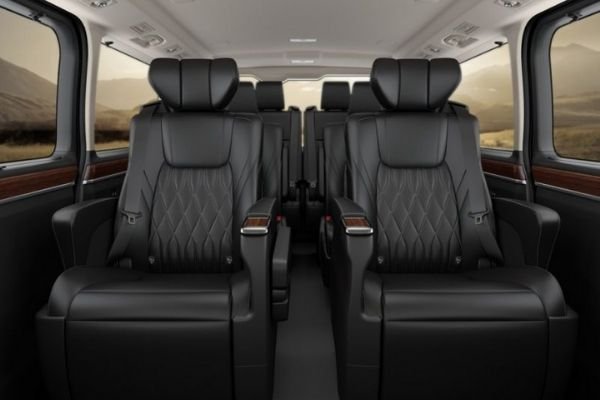 The Super Grandia has two rows of captain seats

When it comes to what propels the sixth-gen Hiace, there’s only one engine for the job, the Euro 4 compliant 2.8-liter 1GD-FTV inline-4 DOHC diesel. Aboard the Commuter Deluxe, and the GL Grandia six-speed manual variant, the said engine can make 173 horsepower @ 3,400 rpm, and 420 Nm of torque from 1,400 rpm to 2,600 rpm. 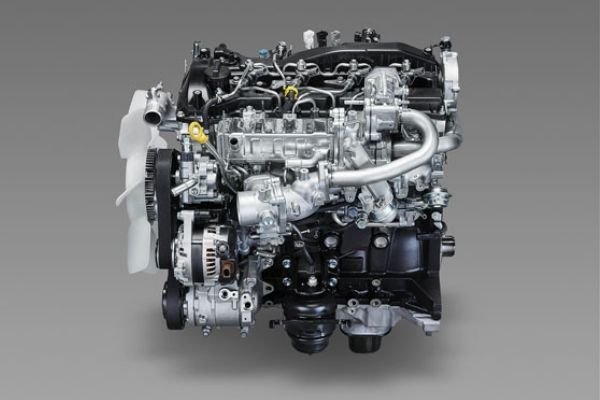 The 1GD-FTV is powerful enough for the size of the Hiace, but its actual highlight is its reliability

The Commuter Deluxe, as well as the GL Grandia, and the GL Grandia Tourer rides on a McPherson Strut type suspension for the front, and a very simple but robust rigid axle, leaf spring for the rear. This is necessary for these variants because of their high passenger count.

When it comes to safety, the Super Grandia Elite is the best equipped Hiace. It comes with the Toyota Safety Sense technologies like pre-collision system, lane departure alert, adaptive cruise control, and automatic high beams.

And lastly, the GL, as well as the Super Grandia trims have clearance and rear sonar, while the Commuter Deluxe doesn’t.

From the get go, it’s actually very clear cut as to which variant of the Hiace is catered to whom. The Commuter Deluxe is affordable and simple, thus it is suited for transport providers, as well as a transportation solution for businesses.

The GL trim is more comfortable so it might be more suitable as a middle-class family mobile if you have a particularly large family. Although, it can also be used as a more premium means of commercial transport. If you're the type who wants the best for his/her passengers, then go for the Super Grandia

And lastly, if you want a luxurious, and reliable ride that still won’t break the bank that much, then the Super Grandia is for you. Do note though that if you or your business is in the market for a no holds barred luxury van that’s fit even for the most discerning VIPs, then Toyota also has the Toyota Alphard.

For more car buying guides like this, keep reading here on Philkotse.com.