While sedan diesel cars are quite rare in the Philippines, there are several models available brand new here in the country.

Diesel began to see usage on cars as in the 1930s but initially, these vehicles were mainly used for commercial purposes like hauling cargo, like taxis, and ambulances. It wasn’t until the 1960s in Europe when diesel-powered passenger vehicles had risen in popularity.

Some of the earliest diesel-powered passenger cars were the Citroen Rosalie and the Mercedes-Benz 260D. Both are sedans that of varying sizes, the latter is a mid-size (but still quite large) and the former is a full-size sedan.

Fast forward to 1967, French company Peugeot produced that 204BD, a high-speed diesel car that uses a 1.3 liter. Following that, Volkswagen made its first diesel car, the legendary VW Golf which used a 1.5-liter diesel version of a gasoline engine. Following that, Mercedes-Benz experimented with a turbo-diesel and produced the Mercedes 300 SD. Which sedan diesel cars will be your next choice?

On the other side of the world, Honda released its first diesel engine called the i-CTI and it powered a version of the seventh generation of the Honda Accord released in 2003 to Japanese and European markets where it did quite well.

In terms of the most recently available Volkswagen sedan diesel cars in the country, the most recent is the Volkswagen Jetta which was discontinued after Volkswagen Philippines decided to source their cars from China. Another is the Tata Indigo, a subcompact sedan but we all know how that turned out.

As for currently available diesel-powered sedans here in the Philippines, the most notable examples we’ve found is one from Hyundai, and the rest are from European brands like Audi, BMW, and Volvo. Let’s check each of these sedans with diesel engines out.

Starting off our list of diesel-powered sedans is the Bavarian made 3-Series 318d from BMW.

First things first, the BMW 3-Series is a car model that seemingly hasn’t changed for a long time. As such, it belongs to a long line of enthusiast vehicles that has become the standard in their respective market segments. The current 3-Series, despite the numerous high-tech stuff still has its roots planted to the early BMW sedans

Currently, the BMW 3-Series has three variants in the Philippines. One has a gasoline engine, the two are types of diesel. That’s the 3-Series 318d Luxury and the 3-Series 320d M Sport and from those names alone, you can easily guess as to what they can do; get the Luxury if you want a cushy ride and the M Sport if you want a torque monster on the race track.

While the 5-Series has a gasoline variant, the 520d Luxury, 520d M Sport and the 530d Luxury are all equipped with diesel engines making varying amounts of power.

As you can see, the M-Sport isn’t the strongest 5-Series variant by far. Regardless, this model is one of the most agile vehicles belonging to the luxury mid-size class. While it’s very sporty from the get-go, the 5-series is also a very comfortable car.
Note also that the suspension aboard the M-Sport is much stiffer than the one on the luxury. So yeah, it has got everything any person would want from a car. However, enthusiasts could’ve been happier if they gave the M-Sport a manual version. The same goes for the larger BMW 5-Series. Just a glance, it will be identified as a BMW

>>> Worth your note: Sedan cars in the Philippines | Example of the most affordable and most fuel-efficient The Audi A3 for sale is a clean looking sedan with a well-rounded set of qualities. It’s fairly quick with 148 horsepower and 320 Nm under the hood and its variant’s interior is well equipped in terms of entertainment and comfort.

When it comes to actual driving, the A3 has been designed to use lightweight components, as such, the said car will feel really agile on the road. Despite its powerful engine, noise and vibration are non-existent inside the vehicle.

The Audi A3 also has a brilliant virtual cockpit As a compact executive car, the Audi A4 is a quick and agile beast that isn’t awkward on the corners. Its exterior even gives out hints as to what it can do; twin exhausts bro. That’s what’s up! Or rather down as it’s actually the only thing that gives away the performance potential of the A4 and the rest is a sleek and elegant affair that’s suited to a man who has his life all figured out.

Inside, there are the usual accouterments of a luxury car. The crown jewel aboard the A4 is the 12.3-inch Audi Virtual Cockpit

>>> Read more: Top 5 of the best diesel SUVs in the Philippines

Yes, the Audi A8 is a limousine. As such, it has all the limousine bling. It has world-class craftsmanship and several interior parts are brushed aluminum and polished wood. On the outside, like most Audis, the A8 is regal looking but minimalist so it isn’t flaunting or anything like that.

Well, maybe except for the front end, where the aggressively large grille and the eye-catching DRLs provides subtle hints of sportiness. Ride in luxury with the A8. Also, you'll have all that torque behind you

Under the hood of the fourth-generation Audi A8, TDI Quattro is a twin-turbo V6 that can make 258 horsepower and 580 Nm of torque. When the going gets tough, note that the A8 also has all-wheel-drive, hence the name “Quattro” for all four wheels. Also, the Audi A8 TDI can also hit 250 km/h or more.

The Audi A6 is a smaller, more affordable luxury vehicle compared to the A8. Regardless, it’s still a very capable cruiser. What the A6 has over the A8 however is a larger cargo space at 387 liters compared to the A8’s 356 and while both cars use the same V6, the A6 is actually more fuel-efficient. 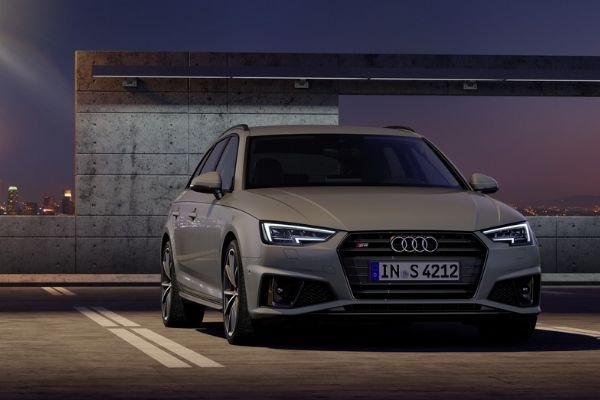 For the midsize luxury sedan segment here in the Philippines, what Volvo has in store for the discerning executive is the Volvo S90.

When it comes to appearance, it’s a quintessentially Volvo, ahem, Swedish vehicle. Its front has the vertical slats that Volvo is known for. 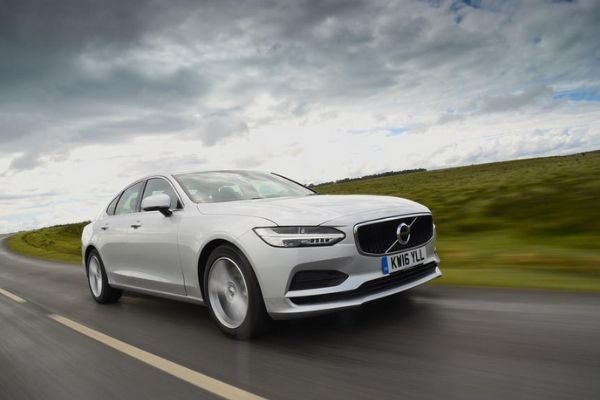 Very Swedish. Also, note that it probably has the most driver-assist technologies in a single car

Inside, the case is the same with the number of safety technologies it has like adaptive cruise control with queue assist, collision warning with full auto brake and pedestrian and cyclist detection, cross-traffic alert, blind spot information, active high beam, and driver alert control.

>>> Find new and used Maserati Quattroporte for sale in the Philippines

While most of the Maserati Quattroporte’s variants are gasoline, the 3.0 L V6 diesel version sits in the middle of the pack in terms of price and power. Under the hood, it has a WM A630 V6 engine that can put out 275 horsepower and 600 Nm of torque. 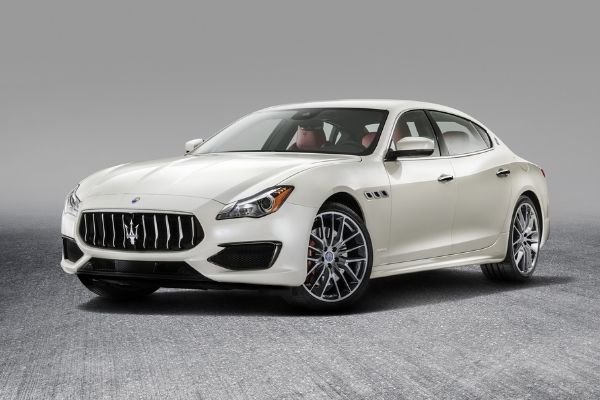 Now for the most popular and most enduring diesel sedan model here in the Philippines; the Hyundai Accent.

For the fifth-generation model initially introduced back in 2017, the Philippine version comes with the 1.6 CRDi which can make 128 horsepower and 260 Nm of torque. While that figure might be a tad smaller than what the 2015 version, the new engine runs much cleaner than ever before all the while providing a very impressive 24 km/l.